How Three Churches Became One

Three rural churches that had their beginnings in the late 1800s each reached their peaks and gradually began to decline in growth in the late 1900s. These three churches were the St. Paul’s U.C.C. church located in the hamlet of Silver Creek, the St. John’s U.C.C. church located in the hamlet of Beechwood and the St. John's U.C.C. church in the hamlet of Boltonville. How amazing that we find all three churches had very similar backgrounds. All were settled by German immigrants, were farmers by choice, spoke the German language and brought with them a strong religious faith. All three churches never became dependent congregations because they always chose to share their pastors. However, each church created their own traditions, their own government, and appointed their own Council members and committees as needed. Let’s learn about each of these rural Washington/Sheboygan/Fond du Lac county, Wisconsin, churches in more detail:


We’ll begin with St. Paul’s of Silver Creek, because it is the oldest of the three. Silver Creek is located on highway 144, in Sherman Township, Sheboygan Co. WI. It was during the year of 1868, that a group of Christian pioneer immigrants from Saxony, Germany settled in and around the area now known as Silver Creek. These Christian pioneers decided that their community needed a spiritual place of assembly to worship so they could thank their God, in their native language, for the blessings bestowed upon them in this new world of freedom. 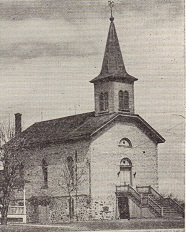 The first worship services were conducted in the homes of the charter members. The charter members were: Gottlob Stuehler, Friedrich Mehlos, Heinrich Risse, Wilhelm Schroeter, Herman Seifert, Edward Mehlow, Gottlieb Seifert, Julius Siefert, Carl Hohlfeld, Cristoph Hartmann, August Scheunert, Carl Tessner, Johann Jacob Hartmann, Henry Kraetsch, Karl Keil, Heinrich Heinemann, G.F. Moehrl, August Firme, Gotthelf Risse, Friedrich Seiferet, Ernst Ritshuster, Christian Hansmann, Charles Thieme, and Theodore Rietz.
The first pastor of St. Paul’s congregation was the Rev. J.H. Bierbaum, who served from 1968 to 1871. (Rev. Bierbaum was also serving a congregation in Fillmore at the time) Rev. Bierbaum was from a Lutheran background and was instilling his Lutheran doctrine.
In 1871, the president of the Wisconsin District of the German Evangelical Synod of North America, realized that there was not a pastor of the Evangelical Synod in this area and immediately asked Rev. Julius Frank to come to Wisconsin and serve these churches. With the coming of Rev. Julius Frank, many of the congregation in the area called upon him to be their first Evangelical pastor. This not only included St. Paul’s of Silver Creek, but also churches in Saukville, Random Lake, Waubeka, Fillmore, and later our St. John’s of Beechwood. Rev. Frank was a great inspiration to these Evangelical churches   The Evangelical denomination was the forefather to our New Horizon.
In 1872, the St. Paul’s congregation began worshiping in the log school house. Also in that year the congregation built a new brick building. It was dedicated on Oct. 26, 1872. This building served the congregation for over 130 years. (It was tragically struck by lightning and burned beyond repair in 2004.)
The desire to have a bell in the tower inspired Gotthelf Risse, a charter member, to make a trip to Germany to purchase a bell from the Bechumer Verein Gusstahl Fabrik for which he paid $500.00. It was his donation to the new church building.
In the early 1900’s, St. Paul’s built a parsonage for the pastors and their families.
St. Paul’s continued to grow under the leadership of Rev. Frank. After his departure, many pastors served both St. Paul’s and St. John’s of Beechwood, and later St. John’s of Boltonville. A listing of pastors is recorded here, but also note that all of these pastors not only served St. Paul’s and St. John’s but also a third and sometimes a fourth congregation as well.

This ends the list of pastors for St. Paul’s, Silver Creek, St. John’s of Beechwood, and St. John’s of Boltonville. Rev. Robert Seater continues being interim pastor for New Horizon when needed.
St. Paul’s congregation grew in number and spirit. It did the ministries as all Evanagelical churches did. Foremost was the founding of a Sunday School, which at times numbered in the thirties. By 1900, St. Paul’s could be boasting about all their musical talent. They had choirs for men, one for women, one for men and women, junior choir and cherub choirs. These groups would very often present concerts and with the contributions they received, they purchased the outdoor sign, altar and floor candelabras, altar cross, and many other needed items.
Rev. Kuno Kuenne organized the Women’s Guild in 1922. Rev. Kuenne, who served the three churches for over 22 years left an everlasting and sincere Christian influence on the churches.
In 1929, the church building was enlarged by adding the addition to the north. The altar was replaced, and the pulpit was lowered. Six ornate glass windows were donated to add beauty to the church. By 1941 a very active youth group was in progress. Usually the youth groups from all three churches combined their activities.
During the 1940’s, our three Evangelical churches merged with the Reformed denomination and then went under our new name: Evangelical and Reformed Denomination.
By the 1950’s discussions were began to try to work out plans to work together under one church, but it seemed this was not the time for such a plan.
In 1951 the new beautiful Hammond organ was purchased.
In 1957 St. Paul’s Evangelical and Reformed congregation merged with the Congregatonal Christian churches and at time, we became known as The United Church of Christ Denomination.
In 1975, a plan called the Five Star Parish was put into practice. It was an effort to try to unite some of the churches. The Rev. John Klindt accepted the call to be the first full-time pastor and to assume the duties of administrator of the Five Star Parish, and to be responsible for the Fillmore and Random Lake congregations. Rev. Becker was hired as the second pastor for the Five Star Parish, and when he retired, Rev. Kesting was hired. Rev. Kesting was in charge of the Boltonville, Silver Creek and Beechwood congregations. When the Five Star Parish dissolved, Rev. Kesting remained serving our three churches.
All during the years, each church kept up their building’s appearances. However, it was evident that enrollment of all three churches had been declining. Again discussions to merge the three churches were held, but again no action was taken.
So the three churches continued on as best as they could, Sunday School attendance was down to just a few students. The Guilds had long been dissolved, and there were no youth groups. Financial records showed closing the doors might need to be an option.
It was during the pastorates of Rev. Wiederanders and Rev. Seater, that serious thoughts of merging became a reality. Rev. Wiederanders had to retire due to the stress effects of a tragic car accident. During his term, a New Vision Task Force was organized. Their purpose was to explore the possibilities of a merger. In November of 2000, we were blessed to hire Rev. Robert Seater, who served the three churches as an interim pastor. Rev. Seater guided us well into the forming of a merger. The steps taken to form this merger, will be described later. 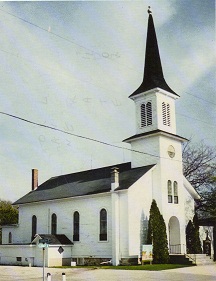 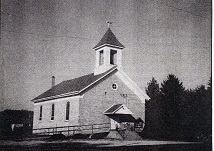 March 2001: New Vision Task Force Committee was formed to explore the possibilities of a merger. Rev. William Wiederanders was serving our congregation at this time. Unfortunately, Rev. Riederanders was in a serious car accident. Therefore, David Schleiter, who had been working with Rev. Wiederander, now took full responsibilities in caring for the 3-point charge. Rev. Widerander returned and served till October of 2002.

Jan. 2003: Each congregation was asked at their annual meetings, “If they favored a Merger?” It passed, but would still take a year before it would take effect.

Feb. 29, 2004: A meeting was held for all three churches to ratify the vote to merge that had been passed January of 2003. The meeting was also held to appoint three Members of each church to sign the certificate of Consolidation Document. From Boltonville Church: Gerald Geidel, Jeff Panzer, Ruth Ramel; From Silver Creek Church: Mary Luedtke, Ralph Jung, Donna Schroeter; From Beechwood Church: Wayne Gerlach, Alice Krahn, Joyce Gerlach

April 4, 2004. The merger went into effect.  This was the Birth of New Horizon! A vote was also taken to choose a name for our new Merger. The name New Horizon was chosen unanimously.

No one could have surmised what could have happened next. It was on the morning of May 20, 2004, barely a month after the Merger was adopted, that a terrible rain storm came up and lightning hit the St. Paul’s church in Silver Creek and burned it to complete ruins. It was most appropriate to hold a memorial service in memory of St. Paul’s Church and it also served as a closure to its members. (Search committee continues seeking for full time pastor)
Now that we were one church, it was time to appoint a site committee. It was the hopes and prayers, that New Horizon would be able, in due time, to worship in a one centrally located site. The site committee worked hard and long. Various sites were discussed, dismissed, more sites brought forth to consider etc.
After many meetings, several votes, the property located in the township of Farmington on Hwy 28, known as the TWC property was accepted. There was a building already on this property. It had been a toy factory, but with some modification, the building could be made to look like a church. It is already constructed with enough area to accommodate the present and immediate future needs of the congregation. The site provided parking and is visible from highway 144 and 28. It is located about 1 mile north of Boltonville. We are still in Washington County, although Sheboygan County lies immediately north.

May 21, 2006: The final vote was taken and passed to purchase the TWC building and remodel it to our needs.

July 21, 2006: Our officers signed the necessary papers to obtain a loan and the TWC building was ours.

July 2, 2006: Voted and passed to sell the parsonage at Silver Creek.

Sept. 2006:  Agreed to sell Boltonville church. (this sale did not pass). Much work was put in by all our members to clean and make a temporary sanctuary. See pictures in the New Horizon scrapbooks. 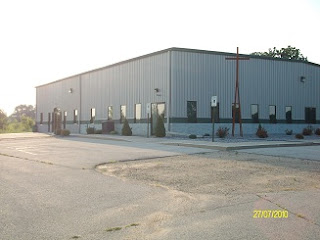 Oct. 2007:  Fellowship Room Completed, and held worship services there while sanctuary was being completed.

Rev. Seater had his farewell service also in Feb of 2008. He served us well.

Rev. Dave Schlieter had his farewell service on December 30, 2018. He served us well. 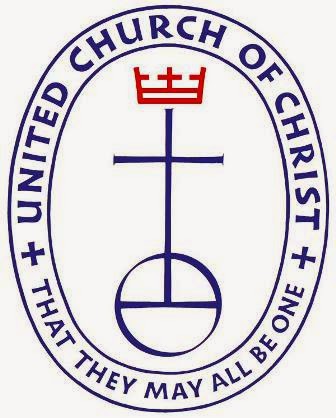